Purchase and give us your review on Amazon: 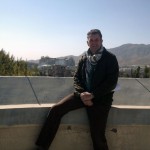 This is a call for your reviews of Damascus Redemption; a thought provoking story that will take you for a roller-coaster ride with intrigue, deception, betrayal and page turning action. Book 2 ‘Roxanne’s Revenge’ is coming out in late 2019.

Themes of the Book : Bedouin or Ancient Sumerian a Mysterious People

The Marsh Arabs are inhabitants of the river basins created by Iraq’s two famous rivers: the Tigris and Euphrates.  They live amidst the sea of reeds that some Biblical scholars think was the Garden of Eden.  There is dispute as to whom the Marsh Arabs are descended from; some say the Bedouin, other scholars say the ancient Sumerians. What’s clear though, is that Marshlands and its people the Marsh Arabs are shrouded in mystery, with a culture and history that originates from the very dawn of mankind.

I first came in contact with the Marsh Arabs while I was working in Iraq in 2006. I stumbled across one of their villages whilst on a recce to find alternative and safer routes for my teams to use. I became an occasional visitor to the village, as to go there regularly would set a pattern – something that must never happen in high threat environments – but on each occasion my arrival was treated with the utmost enthusiasm.

The sheikh would take me to the mudhif– a building made entirely from reeds that are bent into shape to form large arches – that acted as the hub for the community and where all the business took place. In the light and airy building, the interior space cooled by the wind that whistled through the porous reed walls, he told me of the tragedy that had beset his people. 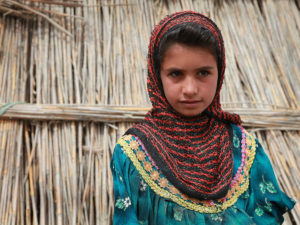 Before the First Gulf War in 1991, the Marsh Arabs living amongst the sea of reeds that protected them from the outside had numbered almost half a million. But after the failed Shia uprising that took place after the war, the marshes became a refuge for the dissidents opposed to the regime of Saddam Hussain.

The Iraqi dictator, in his efforts to stem any further uprising, exacted a heavy toll on the Marsh Arabs. His war-planes strafing villages, the water – the very lifeblood of the area – diverted away from the Marshes, destroying the ecosystem and rendering large swathes of land as desert.

By 2003 it was estimated that only 20,000 Marsh Arabs were living as their ancestors had done before them, the remainder dead or in refugee camps. This heart-breaking story weighed heavy on me. So when I came to write Damascus Redemption I decided that I would try to highlight the plight of my friends.

I chose the name of Mashuin for my Marsh Arab tribe – the word is a derivative of ‘white skin’ in the local tongue. They are a Christian tribe, something unusual as most of the Marsh Arabs worship Islam. The tribal elders name is John, his daughter is Rachel; their duty is to guard the treasure given to the Mashuin by a crusading knight over 800 years before. I don’t want to give away the story so I’m going to stop there, but you can download the first couple of chapters free from my site or the whole book from Amazon. 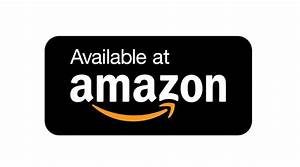 The whole story of Damascus Redemption is taken not only from my time in Iraq, but also my travels in Syria and Lebanon. It’s a parallel story that switches between Iraq in 2007 and the time of the Third Crusade in 1191. If you’re looking for an SAS shoot-em-upbook then you’d best look elsewhere. But if you want to engage with a thought provoking story that will takes you for a roller-coaster ride with intrigue, deception, betrayal and page turning action then Damascus Redemption is the book for you. Purchase and review here : https://www.amazon.co.uk/Damascus-Redemption-Richard-C-Pendry/dp/1912056305

In this Middle East based military action thriller, Richard Pendry has created an array of characters that really does include the good, the bad, and the ugly, along with a rich and colourful mix in between. Behind the macho image of ex SAS and another assorted military, the author portrays each with all the faults and traits of people who have lived real lives, haunted by their various pasts. Likewise with the non-military characters, each tells his own tale, contributing to the overall story rather than simply filling a role essential to some plot. Central to them all though is Mason, an ex SAS man who resigned from the job and life he loved following the tragic death of his wife and daughter. But life goes on, bills need to be paid, and so he’s eventually tempted by a lucrative security training job in the Middle East. Needless to say, events don’t follow the neat path they’re meant to, and in an effort to prevent the deaths of the men he was meant to train, instead, he leads them in what is practically a hastily and an ill-conceived suicide mission.

Amid the drama and military and political tensions following the Gulf Wars, and the efforts of the oil companies and the security companies they employ to restore Iraqi oil production, intertwined is a completely different story being told; an eminent historian’s quest to solve a centuries-old historical and religious secret reaching back to the time of the Crusades and even far beyond helps bring to life the ancient and bloody history of the cradle of civilisation and Christianity, along with treating the reader to a tale worthy and reminiscent of a Dan Brown novel.

Just as it did in his previous story, Richard Pendry’s own military background and first-hand experience of the Middle East shines through in his writing; experiences aside though, once again the author also demonstrates a real talent for crafting an imaginative and well-told multi-stranded story, along with meticulous research and attention to detail.

For those who are already fans of the military genre or may have served in the armed forces, this is a highly enjoyable and captivating read, and I would say an intelligently written one too. For others who may be reading a military adventure thriller for the first time, I would be hard-pressed to think of a better introduction to the genre.

Not only is the military action authentic and exciting, the author creates a genuine sense of place and atmosphere from beginning to end. Unlike many other writers in this genre, the author here writes equally well and authentically when portraying Arabic and non-military characters, real people the reader can easily identify with. In any such book as this, there will always be some degree of military terminology, but the author skillfully allows the context and wider story to make their meanings obvious. There are a few occasions when some of the ‘army speak’ isn’t immediately apparent to the non-military reader, but this in no way detracts from the overall enjoyment of the story any more than perhaps any of us might not recall the exact meaning of a particular word when reading – a more than acceptable trade-off against lots of contrived and unnatural explanatory prose in my opinion.

If you’ve ever read and enjoyed, say, a Chris Ryan, Andy McNab novel, or even the likes of Dan Brown, I can highly recommend Richard Pendry as a welcome addition to those lofty ranks. Overall, a fantastic story from beginning to end, with an absolute cracker of a conclusion. An easy well-deserved five stars!