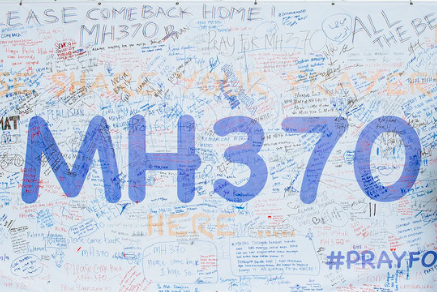 The new warning on air travel is for checks on electronic equipment, but is there more behind the new threat to airline in the form of a ‘digital bomb’ that could have played a part in the missing Malaysian flight MH370.

Further security checks have been advised for airline passengers with the emphasis now being on electronic equipment. As part of the added security checks, passengers may well be asked to switch on the phone, laptop or other electronic device to prove that it isn’t a bomb.

These fears come in the wake of information that skilled bomb makers like Saudi born Ibrahim Hassan al-Asiri – thought to be the mastermind behind the failed Underwear Bomber in 2009 – has shared his knowledge with Western jihadists who have fought in Syria, giving them the ability to produce sophisticated explosive devices, capable of replicating the attack on American bound flight Pan Am 103 in December 1988, which resulted in the death of 259 passengers and crew.

In conversations I have had with aviation security experts, one of the emerging threat that they are concerned with however doesn’t involve explosives at all.

The Improvised Explosive Devise, IED, or roadside bomb, has been in the news ever since British troops entered into Iraq and Afghanistan, the potency of the crude but effective bombs having the continued capability to inflict death and destruction on a horrific scale.

To counter the IEDs – that were in most cases initiated by the signal from a mobile phone – the boffins came up with an adaptation of already existing electronic counter measures (ECM) technology. I first came into contact with the new Brit mil, ECM when in Basra, where the ‘top secret’ devises were attached to the front of the infamous Snatch Land Rovers.

The methodology for the devise is simple; it provides an electronic bubble through which electronic signals – such as that of a mobile phone – can’t penetrate, ensuring that the bomb planted in or close to the road couldn’t be detonated.

ECM proved very effective, and it wasn’t long before the bulky gadgets were refined to portable devices that troops were able to take on foot patrol in places like Helmand, saving many lives. However it appears that the force for good could potentially be used for far more sinister use and become a ‘digital bomb’.

If an ECM device was smuggled onto a plane, it could potentiality jam the signals that the aircraft needs to fly, resulting in a catastrophic failure of all the planes systems. According to my sources the new genres of commercial aircraft that use fly-by-wire technology are particularly more susceptible to such an attack, as they use an electronic interface to fly the aircraft instead of traditional manual controls.

There is no evidence to suggest that the missing Malaysian Airlines flight MH370 – which disappeared without trace – suffered a digital bomb attack, however the Boeing 777 did have the new fly-by-wire technology and this most bizarre of incidents has a lot of unanswered questions which unfortunatly will only be answered when the wreckage is found.

In the mean time, travellers will have to put up with the added security checks and inevitable delays.  But remember, these are for our own safety, so make sure you allow yourself extra time and unless you want to leave your phone behind with airport security, make sure its charged up!