Recently I was invited to attend the launch of Brian Wood’s book Double Crossed, the novel that has made the headlines and become an instant best seller. It’s a story of heroism, honour and camaraderie. The courage of the soldiers when facing a constant onslaught of attacks whilst serving with the PWRR in Iraq, earning the unit a plethora of gallantry awards which included a Military Cross for Woody and a VC for Johnson Beharry.

But as you can no doubt guess from the title, these ordinary soldiers whose extraordinary exploits earned them the gratitude of a nation, also became the target of unscrupulous humanitarian lawyers. Phil Shiner who had brought a successful lawsuit against members of the Queens Lancashire Regiment, turned his attention to Woody and the rest of his unit who had fought so courageously at the battle of Danny Boy and made the next decade of their lives a living hell.

I loved the book, not only as a great story, but because it took me down memory lane. I was in Iraq between 2005-07, not with the military, but as a private security contractor. This experience formed the  inspiration for my novel Damascus Redemption – also a tale of courage in the face of adversity – set in the Marshes of southern Iraq close to the city of Al Amarah and the location for the battle of Danny Boy.

Both Woody and I have another common theme, the involvement of the police. After the defeat of Saddam’s regime the powers that be decided to disband the incumbent military and the police force – a decision that they quickly came to regret. Law and order was to be kept by the newly formed Iraqi police service (IPS) that was funded and trained by the Coalition forces. The trouble was that the IPS weren’t part of the solution, they quickly became the problem.

Woody mentions that he captured a policeman after the battle that he’d previously trained at his camp. I remember one of my most dangerous jobs ever, was to refurbish six police stations. This wasn’t long after Colin Maclachlan and the other SAS operator had been captured and then sprung from a police station in Basra. The raid to get them out made world news and created a shit storm of epic proportions.

Events we believe should be remembered

Some bright spark came up with the idea that a refurb on the stations would calm the situation so I was sent in to give it a go – talk about walking into the lions den. I remember walking around the cells and seeing the blood stains on the walls. That memory stayed with me and ended up in the book, leading Peter Moore a hostage held in Iraq for a two and a half years, to comment on how graphic and accurate Damascus Redemption is. 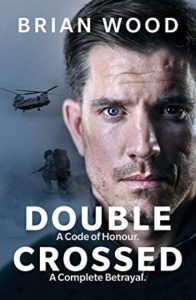 Written by a true British hero

Brian Wood MC is a true British hero. He encapsulates the grit, determination and loyalty of the British squaddie – the soldier’s, who have put on a uniform, picked up a gun and defended their country unquestioningly. His victory against those who would wrong him and those within the establishment, who failed him in his hour of need, should be noted. Senior officers should be ashamed, and the lawyers who work the system and fill their pockets with taxpayer’s money need to note that you too can fall. Ask a disgraced and bankrupted Phil how painful it can be. 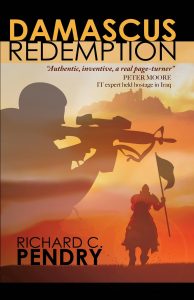