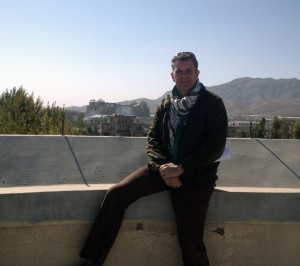 We Will Not Forget

The flagged draped coffins of fallen hero’s was a common occurrence on our TV screens when the Iraq and Afghan wars were at their heights. But out of sight can often mean out of mind and we can easily forget about those within our Armed Forces that are still suffering and the families of those that have lost.

Marking the Centenary of the end of the First World War.

In August 2018 I’m doing my bit to raise money for SSAFA the Armed Forces charity, pushing myself with a 240-mile bike ride through the battlefields of Northern France. The event is called Ride to the Somme and has taken place for the last couple of years with this ride having special significance as 2018 marks the centenary of the end of the First World War.

As an ex-member of the Parachute Regiment I have always enjoyed keeping fit. But like many of my comrades I suffer from knee problems, years of carrying heavy packs over long distances – a hallmark of being an Airborne Infantryman – taking its toll. But being on a bike is different, there’s no impact. Some like to golf, others fish, I just get off on cycling, the beer that I often partake in at the end of a ride always tasting that much better.

Please Donate to my Ride to the Somme on Just Giving

Working as a consultant often takes me away from home for long periods which is not the best when training for an event like Ride to the Somme. Nonetheless, I’ve made a commitment and I try my best to keep on top of my fitness as the recent video in Libya shows – never heard of getting road-rash from an exercise bike?

If you’d like to support those who have given so much for our country then why not support my effort to raise money for this extremely good cause. I’ve set up a page where you can easily donate and you can follow my progress at my Face Book page.