In February 2018, news broke that Oxfam aid workers had been involved with prostitutes while working for the charity after the 2010 earthquake in Haiti. The charity was accused of trying to hide the unsavoury incident to avoid tarnishing its reputation. Richard Pendry examines the consequences in this article for Crisis Response Journal 13:3 | May 2018 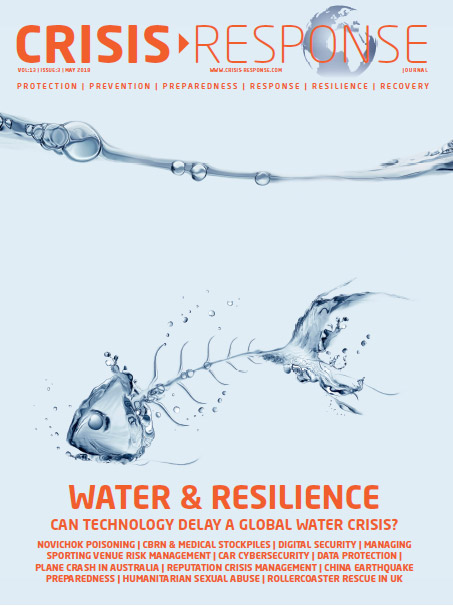 A fortnight after the story broke, there came a fumbled apology and more damning accusations that the charity had acted inappropriately, not only in the aftermath of the incident, but also in the lead up to it.

The negativity surrounding the case resulted in an unprecedented backlash that saw 7,000 public benefactors’ subscriptions cancelled, the organisation barred from bidding on any further government funding, and several of its global ambassadors resigning from their posts. What the charity had tried to avoid so in effectively in 2011 had come back to haunt it on an unimaginable scale. Oxfam’s reputation was in tatters.

This article looks at the crisis through the lens of 21st Century crisis management in an effort to ensure other organisations can learn from the expensive mistakes made.

In response to allegations of misconduct among staff members involved in delivering humanitarian relief in Haiti in the aftermath of the 2010 earthquake, Oxfam launched an internal enquiry in 2011.

The subsequent investigation discovered that the allegations had substance, the accusations of alleged sexual exploitation in the form of using prostitutes at the villa rented by Oxfam had sufficient credence to allow disciplinary action to take place.

Four members of staff were dismissed and a further three, including the director of operations Roland Van Hauwermeiren, were allowed to resign. Hauwermeiren was given the opportunity to work out a month’s notice.

The subsequent report drafted by Oxfam was given to the UK Charities Commission and the Department of International Development (DIFD) with the incident marked as staff misconduct. To all intents and purposes, the matter was closed.

We’ve previously written about Crisis Management; ‘You can’t stop a crisis but you can mitigate its impact and the one way you can do that is to train your staff’. A catastrophic event – whether natural or man made – can push your organisation into chaos if you do not have the ability to control it. Crisis management allows you to take charge of negative incidents by enacting predetermined procedures that allow the incident to be ring fenced, limiting the effect of the occurrence on the organisation as a whole.

The crux of the Oxfam crisis is the way that the senior management team handled the incident. Every organisation will make mistakes, that’s a given – and normally the bigger the organisation, the bigger the mistake. We cannot prevent the crisis, but we can to mitigate its impact, manage consequences and control response – while being aware of how poor, unrehearsed, off – the-cuff remarks by people who should know better will make a bad situation even worse. Train hard, fight easy.

Be proactive. Think about the incidents your organisation may face in the future. Speak to us today about your crisis management.